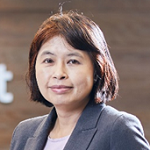 Leading the Microsoft industrial solutions enablement efforts in Asia, Cathy is responsible for engaging strategic customers and partners to accelerate digital transformation through Microsoft metaverse portfolio. She has been the advisor for many leading high-tech manufacturers, energy/utility, automotive companies and governments to build up their tech intensity and monetization models. Cathy also supports the Intelligent Manufacturing Center and IoT Open Lab in Taiwan to capitalize the industrial ecosystem.

Since its establishment, the company has continued to invest in the research and development of its core technologies and has obtained more than 60 patented technologies at home and abroad. 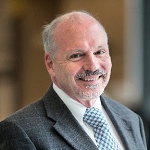 Roland T. Rust is Distinguished University Professor and David Bruce Smith Chair in Marketing at the Robert H. Smith School of Business at the University of Maryland, where he is founder and Executive Director of the Center for Excellence in Service.